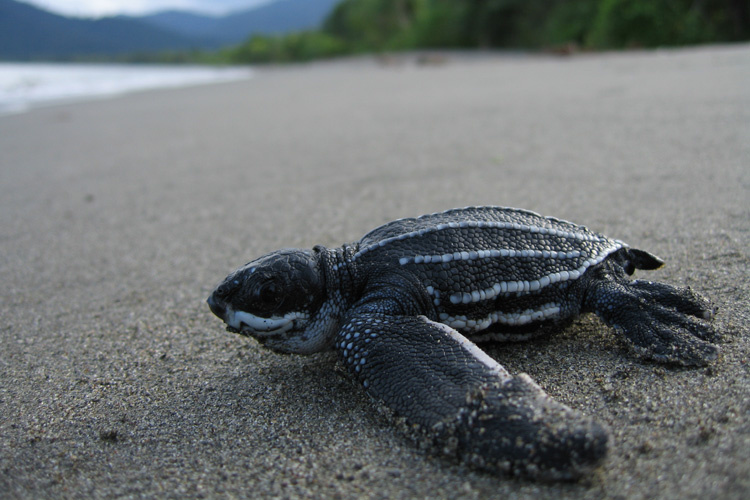 Playa Grande is located in the province of Guanacaste, Canton of Santa Cruz. The Baula National Park protects mangroves that are under the RAMSAR Convention. But the reason for the creation of the Park, and its main importance, from the conservation point of view, is the nesting of the leatherback turtle, (Dermochelys coriacea) 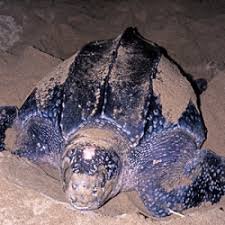 Leatherbaclk Sea Turtle is the largest of the actually known 7 sea turtle species. The species is classified as Endangered according to the Convention for International Trade in Endangered Species of Flora and Fauna (CITES).

The season to see the turtle nesting begins on October 20 and ends on February 15. 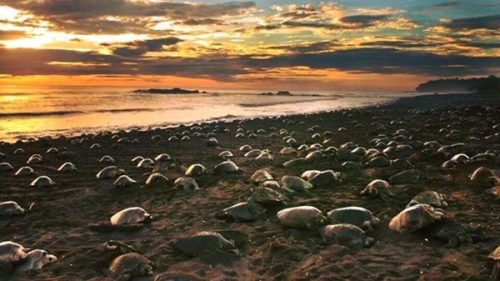 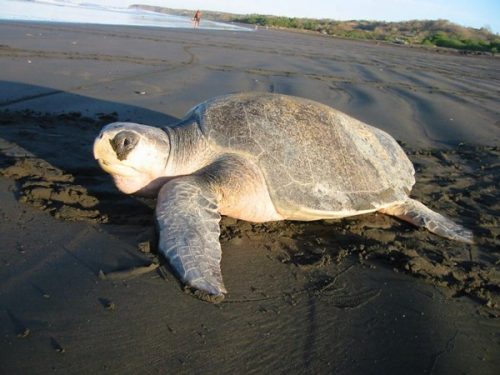 The refuge comprises an area of 300 Ha on land and 800 Ha of ocean. The Ostional National Wildlife Refuge was officially created in 1984 but was declared a protected area in 1982.

So many turtles come onto the beach in a short time span that most of the first nests are destroyed by later turtles. Therefore, in 1987, a project was initiated to allow local people the right to collect and sell a percentage of the eggs from the first three days of each arribada. This is the only place in the world where it is legal to harvest turtle eggs. This practice is designed prevent poaching and to help the local community.

The best time to visit Ostional is just before and during an ARRIBADA. These occur, as a general rule, at the start of the LAST Quarter MOON. The best months to see the biggest ARRIBADAS are between July and December.

In nearshore waters of the Costa Rican Pacific coast, fishers from the Coyote and Bejuco communities fish from small vessels with bottom-longlines to harvest snapper year-round and market them domestically. The Nicoya Peninsula artisanal snapper fishery is jeopardized by diminishing returns due to unsustainable and illegal extraction from industrialized shrimp trawlers, and low earnings caused by dependency on long chains of custody.

Hawksbill sea turtles are particularly threatened in the Eastern Pacific ocean, with only 500 nesting females left in the whole region. We have discovered that a small population of juvenile hawksbill sea turtles uses the rocky reefs around the waters of Costa Rica to feed and grow.

Join us as we explore the Pacific coast of Costa Rica, studying these animals, following their movements, and working with the local communities to ensure the survival of this species.

Santa Rosa National Park protects some of the last remaining tropical dry forest in the world. The small patch of oak forest near the entrance to the Comelco Ranch is probably representative of the original habitat of much of the park. Ranchers burned most of the plateau region, and African pasture grass (Hyparrenia rufa) and the fire resistant Bignoniaceae trees define the current landscape. Nearer the beaches the habitat becomes more native-like. 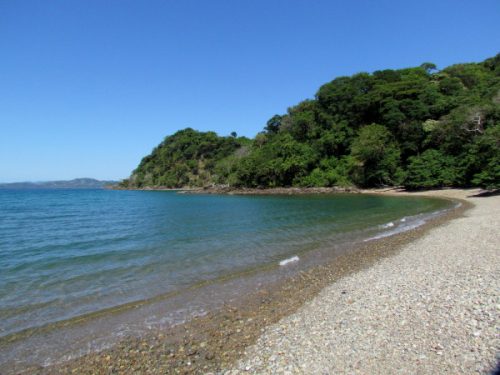 Guanacaste National Park was created in 1989 to connect Santa Rosa National Park with the high elevation cloud forest of Orosi and Cacao volcanoes and across the continental divide to the Caribbean rainforest of Northern Costa Rica. The hope is that together these two parks protect enough land to ensure sufficiently large habitats for wide-ranging species such as jaguars and mountain lions while simultaneously creating a biological corridor for birds and insects to make local seasonal migrations between the dry forest and the evergreen cloud and rain forests.